Michael Haguinet is a Product and Proposition Manager at Cigna Global.
Scroll to read

Michael moved from Liège, Belgium, to Glasgow, Scotland, in 2006.

He has been living in Scotland ever since. 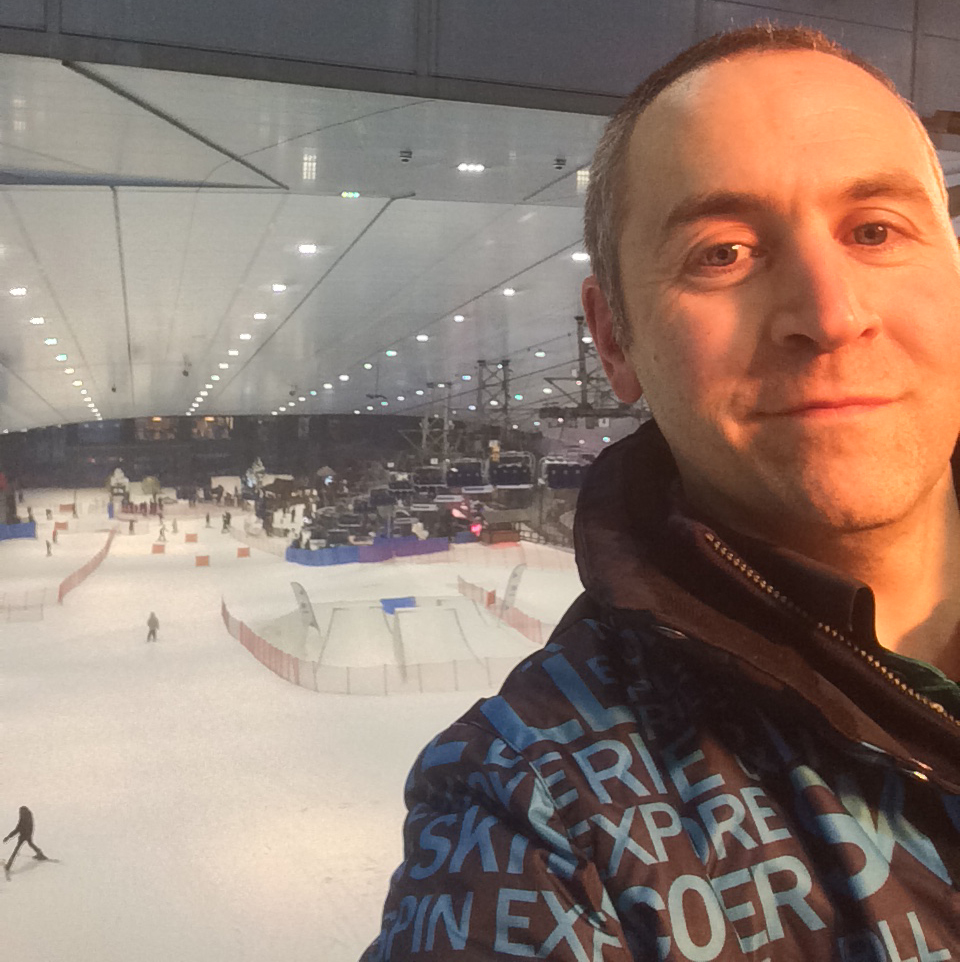 Coming from Liège in Belgium, which is not a very international city, my first expat move was a baby step as an Erasmus student spending a year in Holland. That year definitely broadened my horizons, being surrounded by a lot of international students, and it tempted me to explore further.

A couple of years later, I had the opportunity to join the graduate programme of an international company, spending 6 months on assignment in Spain and then a year in Ireland. I really enjoyed the year I had in Ireland. It was nice to be living abroad again in a very accessible culture and a good stepping stone as an expat.

But the real move happened when I met my future wife in Belgium while she was an Erasmus student, coming from Glasgow, Scotland. After a few years of being in a long distance relationship, we decided to live together in Glasgow so that she could be closer to her family.

So I moved to Scotland and I have never looked back since!

For me, one of the main advantages of being an expat is that I feel at home in more than one place. I’ve been an expat for almost 15 years now so it makes me appreciate things better. I can see the advantages of different cultures and ways of living.

I also feel more connected to my home country and enjoy it more when I go back to my home city and everything that it has to offer (beer, cheese, fries and Belgian humour).

I think another one of the main highlights was my wedding in Scotland. My wife and I had a lot of friends coming from different places. I had family and friends come over from Belgium. We gave them a proper Scottish affair with kilts, a ceilidh and plenty of whiskey. It was a really nice mix of Belgian and Scottish culture coming together!

It was also nice to demonstrate that the Scottish cuisine has more to offer than the ‘fried mars bar’ (the reputation of ‘mal bouffe’ in Great Britain is slowly disappearing).

Did you find anything particularly challenging when you moved to Scotland?

Initially early on, it was a challenge understanding the taxi drivers in Glasgow. I suppose Uber would help with that now!

Also establishing connection with people when you have moved to a new country takes a bit of time and effort. Back in Belgium, I had quite a close group of friends, going to concert and music festivals, playing sports together.

Joining a local tennis club in Glasgow and later picking up golf, gave me opportunities to meet new people sharing the same interests and competing together in a friendly environment.

In Ireland, it was pretty easy as everyone is so open and friendly, particularly on the West coast. There was also a large French community among my colleagues so the language connection was easy.

When I relocated to Scotland, I dusted off my football shoes and started playing a few 7 a side and 5 a side games per week with my wife’s friends, and even got introduced on the pitch to some local celebrities (Belle and Sebastian band members).

Recently, it’s through my kids, either through school or out of school activities, that I am making connections as a parent. Particularly as my kids are attending a French speaking school on Saturday morning, I got to meet a lot of other expats, primarily French parents in a similar situation (with bilingual kids) so we get along really well.

Except of course at the time of the World Cup when Belgium played France!

I’ve been here over 3 and a half years now and I really like my job here. My day-to-day role is very interesting and quite varied. I like the sense of purpose it has and the health aspect of what we do and how we help secure peace of mind for our customers.

On a personal note, I feel very well integrated within the office. I found the office very welcoming from the start. I’ve since become close to a number of colleagues. There are quite a lot of other international people around, making it easy to connect.

The fact that our office is based in the city centre also helps quite a bit. It makes it easy to grab a quick coffee, go out for lunch with colleagues and have social activities after work. We started also a Friday lunch club that has gone down quite well!

I think the obvious answer is to say ‘Go for it! In my case, I’ve been lucky because my wife and I were on the same wavelength: being keen to live abroad and to explore. We’ve travelled quite a bit together, we’ve been to China, to Cuba and to Tanzania notably. We really wanted to experience adventure abroad together and that has made us very close.

I think Scotland and Belgium have a lot in common. The culture and attitude of people in Glasgow reminded a lot of Belgium, being down to earth, not taking themselves seriously, being generous and open. Where you relocate as an expat, it can depend on professional circumstances and personal choices but in my case it was an easy move because I felt at home right away in Scotland.

I also think you only know and understand a city if you spend at least a month exploring different corners and going outside of the touristic track, and I really enjoyed discovering new bars and museums and parks during my first visits so that when I actually moved and settled in Glasgow, everything was already very familiar. Even driving on the wrong side of the road!