Karthik Manivasagam is the Head of Underwriting, Africa and NGO at Cigna.
Scroll to read

Karthik is originally from India and has done many expat moves, including moves to the US, Dubai and Singapore. His latest expat move was to Nairobi, Kenya in 2020. 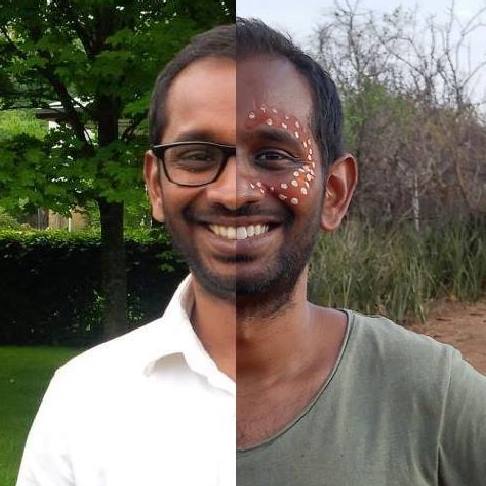 I’ve done quite a few expat moves in my life, starting with moving from India to the US. My next one after that was moving to Dubai to work for Cigna in the Middle East. I was there for a couple of years and after that, I moved to Singapore, to be the Chief Financial Officer for that business.

So I’ve definitely moved around quite a bit within Cigna.

Did you manage to see much of Kenya at all?

Unfortunately not much due to the COVID-19 pandemic. While in Nairobi, I also had to make a couple of work trips, to Dubai and South Africa. So, I didn’t get a chance to explore Kenya.

Moreover, the plan was for my wife and daughter to join me in Kenya in March but obviously because of COVID, this could not happen. So I decided to fly back to India and work from there until I can travel again.

I’ve got a couple of highlights. Firstly, I met my wife when I was an expat in Dubai. So that’s a big highlight for me.

I was travelling back from Jordan where I had been on a long weekend trip and we met at the airport. We stayed in touch after that and then became friends and we have since gone on to get married and have a child together.

Other than that, I’ve been lucky enough to explore some countries that I probably wouldn’t have got the chance to see otherwise.

For example, when I lived in Dubai, which is a big hub for travel, I ended up travelling to Iran, which is one of my favourite places. The food there was great and there was brilliant culture there. I’ve also been to Jordan, Georgia, Ethiopia, all these wonderful places.

Then when I moved to Singapore, I got the chance to travel to Japan, and this still remains my favourite place that I’ve been to. The food there was absolutely delicious! Sushi, fresh seafood, it was so good! I have also had the opportunity to travel for work to Taiwan, Australia, Thailand and Cambodia.

So just living and working in some of these places has allowed me to travel to and explore parts of the world that may not have been on my travel list. All those countries were such a great experience.

Have there been any major challenges for you as an expat?

It depends on the country. I think moving from India to the US was very easy for me to settle in there. In Dubai, I would say, the weather was a challenge. Summertime there is just so hot. When I moved there, I don’t think I was prepared for how hot it was going to be.

In Singapore, I found it a little bit more difficult to make friends. I think around 80% of the UAE population are expats. Singapore is the other way around, where the people are mostly locals, and they are already busy with their own lives.

My wife and I lived there for a couple of years in Singapore, by the time we were settling in and finding our feet with making friends, we then had to move to the next place.

What do you miss most when being away from India?

Being away in other countries for so many years, I definitely missed my family and friends in India the most. Thankfully food was not a big problem because both Dubai and Singapore and even Nairobi to a certain extent, has good Indian restaurants so that was a good thing for me.

From my own experience, one of the best ways to settle in a new country is to reach out to any connections you may have, like college friends, high school friends etc., who my live there. For example, when I moved to Singapore, I found out that a couple of my college friends actually lived there too. So I got in touch with them and it really helped. Especially in the first few months, when I was finding my feet and settling in.

I did the same thing when I moved to Kenya and got in touch with friends I had here and they helped me out as well. Other option, and I think most expats tend to do this, is to go online and read about expat blogs, as there is a wealth of information out there. Different expats from different countries share their experiences online.

Would you recommend the expat move?

Most definitely! I can’t see any downside to it. Living in another country definitely opens up your mind and you learn to be more accommodating to different cultures.

It also helps you to appreciate the differences that exist in different cultures, different people and different races. I’ve thoroughly enjoyed living in all these places!

Keep an open mind and soak in the experience.