Gareth Ingham moved from the UK to Hong Kong in 2008. He has been living there ever since.
Scroll to read

In this interview with Gareth Ingham, Director for Business Communications, at Cigna International Markets, he shares more about his expat story. 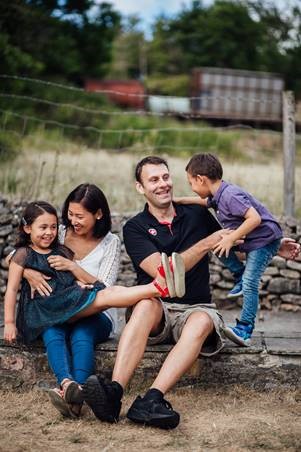 Tell us about your expat story.

I’ve been living in Hong Kong for quite a long time now after moving here in April 2008. Before my move, I was working for a law firm in London focussed on communications, a fairly niche area within the world of professional services. Law firms typically have small communications teams within Business Development, so everyone knows everyone.

Law firms nearly always like to hire someone who has come from a professional services background, so I was fortunate to be hired by a U.S. firm with an office in Hong Kong to lead communications for the Asia Pacific region. It was totally out of the blue. I hadn’t really looked at an overseas move and I wasn’t even looking for a new role at the time but the timing felt right. I’d been in London for 4 or 5 years and it just felt like an opportunity I couldn’t turn down. Here I am still here 12 years later!

What have been some of the biggest highlights in Hong Kong? Both professional and personal?

I have been living in Hong Kong for a fairly long time now and it’s been an eventful period. On a personal level, I met my wife who was born and raised here in Hong Kong. So I’ve made Hong Kong my home.

It is the longest place I’ve lived in since growing up in Leeds. I’ve got two children aged six and eight who were also born and raised here. So it has definitely been a live-changing move for me from a personal perspective.

On a professional level, I think a move like this opens up so many opportunities. I’ve been able to work with people from so many different backgrounds. I’ve also been able to travel around all the Asia pacific region, with work and for adventures, so I’ve got to know the region fairly well.

My role at Cigna is in International Markets, so basically global. It has opened up a whole new set of fantastic opportunities and new experiences for me. I don’t think this would have been a possibility without my move to Hong Kong back in 2008! 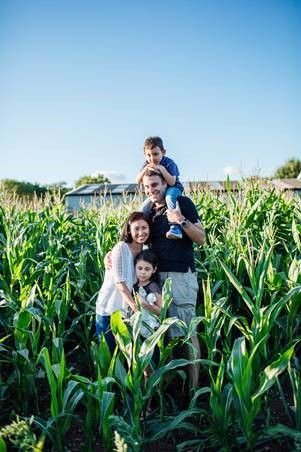 What have been some of the biggest challenges so far and is there anything in particular that you miss about your home country?

Missing family who are back in the UK is definitely the biggest challenge - it is really tough being away from my parents and sister. And I also miss my friends from back home.

While I’ve always been quite adventurous, making the initial move was quite daunting. I had travelled extensively around South America and Europe and I’d been to some interesting places, but I’d never been to Asia before my move. So I didn’t really know anyone here when I first arrived.

Hong Kong is quite different to other big cities I’ve lived in like London or New York and without a network here was a bit of a challenge. I have to say, for the first year I missed home. Settling in is a bit of a challenge and it took me a little bit of time to adjust to Hong Kong, but that soon passed and you quickly adjust.

For example, my parents will come over here for a two month holiday each year and we would spend a week or so somewhere else in Asia, maybe in Thailand or Singapore. That means we get to spend some really quality time together, perhaps more than if I still lived in London. Pre-Covid anyway!

I certainly don’t have any regrets about the move. It’s opened up so many opportunities and given me so many experiences I wouldn’t have had otherwise. I don’t think I’ll ever leave Asia pacific now.

I think settling in is so important. I went through that whole experience myself and then about a year or so later, my best friend from the UK moved to Singapore. He went through the same challenges as me and I can remember him reaching out to me after about 6 months and telling me he was thinking about moving back to the UK.

I told him to give it another few months and introduced him to some of friends and old colleagues living in Singapore. Ten years later, he is still there and is in a similar position to me having met his wife and made Singapore his home.

If you can establish a network, either through friends or family or professional organisations, it can make the transition much easier and be really helpful. In fact, it was an old friend from my days living in New York who introduced me to some people in Hong Kong and they became my network here. That’s actually how I met my wife.

It also help to have an open mind-set. Personally, I am not an extrovert or natural good at networking but making an effort to get outside can go a long way. That’s been my experience at least.

I’ve been here for more than 4 years now. I love working at Cigna, and Cigna have been incredibly good to me although it’s been hard word!

I think it is a really unique job. Most jobs here in Hong Kong are market focussed or regionally specific to Asia Pacific so the international role is great as I get to work with everyone all over the world.

At the same time, that’s a challenge, particularly time zones. Working with many of our colleagues in the U.S. means that there are inevitably late calls. And working across so many different regions adds a level of complexity to the communications we do.

Overall, I love the work we do here at Cigna. It’s not just a job, and I really believe in everything we do. The work we’ve done through the COVID-19 pandemic demonstrates the power of what we do even more.

I’m really proud to work for and Cigna is a great company to work for.

Finally, how would you describe your expat story in 10 words or less?

I can do it in two, as I posted to my Facebook page on the way to the Middle East a few years ago: “An adventure!”