Countries Where People Live the Longest

The territory of Hong Kong came in 1st place in the life expectancy ranking, followed by Japan in the 2nd place, and Spain in 3rd.
Scroll to read 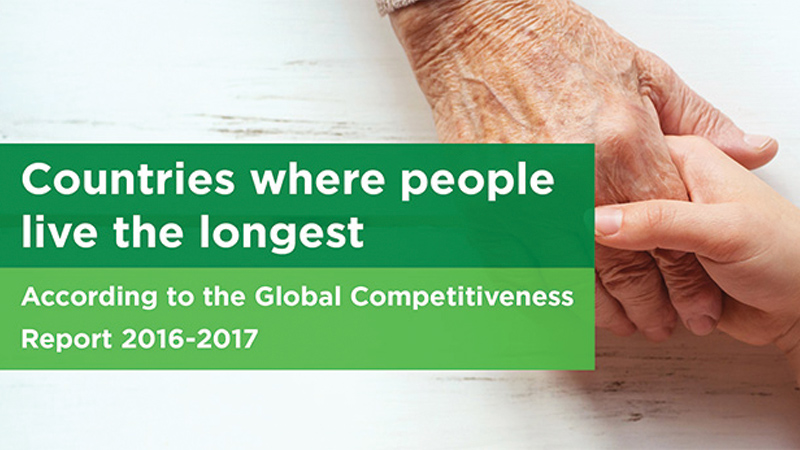 The Global Competitiveness Report 2016-2017 from the World Economic Forum (WEF) assessed the competitiveness and financial health of countries around the world. In doing so, the survey looked at the health of populations, and ranked countries in terms of the average life expectancy.

The results show that, in general, the more developed the economy, the more likely it is to have a longer life expectancy due to access to high standards of healthcare and typically healthier diets.

According to the results, Hong Kong holds the best life expectancy with 84.0 years, followed by Japan with 83.6 years, and Spain ranked 3rd with 83.1 years. But why do people live so long in these places? We examined the factors that play a key role in the great life expectancy rates of these countries – Take a look!

In first place, we have Hong Kong, with an impressive life expectancy of 84 years. What’s the secret to their longevity? Low smoking rates, the culture of drinking tea, consuming hearty soups and steamed foods, and the traditional practice of non-combative martial art Tai Chi – these are all factors that have helped the Cantonese to live long healthy lives. Another contributing factor may be the high quality, readily available healthcare – everyone in Hong Kong lives close to affordable and modern public medical facilities.

The life expectancy in Japan is 83.6 years, according to the WEF. The high life expectancy enjoyed in Japan is largely down to the nation's healthy diet, rich in vegetables, fruits, meat and fish, in addition to foods low in saturated fats.  One more contributing factor to the lengthy lease on life in Japan could be the universal healthcare, and the norm of having regular screenings and check-ups. In terms of physical activity; everyday life in Japan involves more commuting by public transport than by car, which translates into more daily exercise in comparison to some other countries.

Spaniards live the longest in Europe, with a life expectancy of 83.1 years. The benefits of the famous healthy Mediterranean diet, rich in fresh vegetables, olive oil and fish, have long been known and definitely contribute to this achievement. Spaniards have one of the lowest mortality rates for heart disease, which could be partly due to a drop in the number of people who smoke daily - a major risk factor for cardiovascular disease. Spain has also a very accessible and high quality healthcare system. 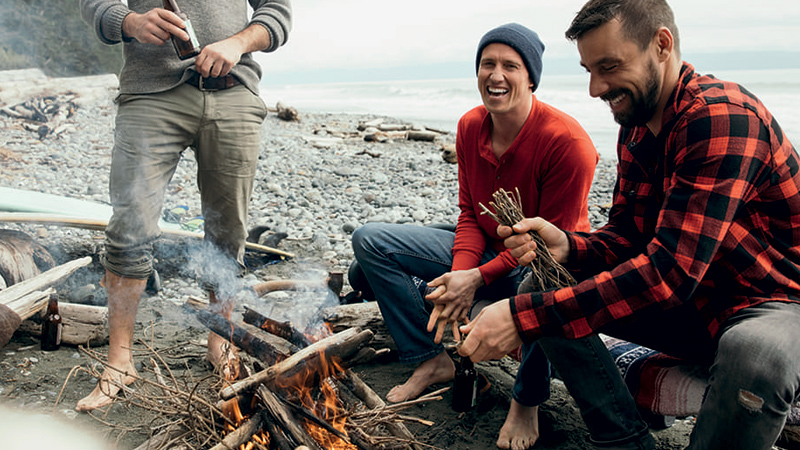 Making new friends isn’t always easy, especially for those who find themselves in a new environment. Expats are no different. However, all is not lost.

Adapting to a different culture and people’s attitudes is part of the challenge of moving abroad. Read through our tips to get an idea of the importance of cultural awareness and to find out about resources that support expat communities.

This article serves only as a reference and is intended for informational purposes only. Nothing in this article constitutes legal, tax, financial planning, health or medical advice including diagnosis or treatment. Always seek the advice of your physician or other qualified health provider with any questions you may have regarding a medical condition. Any reference to products or services offered by Cigna are available except where prohibited by applicable law and subject to terms and conditions.